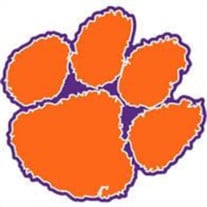 William "Bill" Brown Wright P.E., 72, of Mount Pleasant, SC, husband of Linda McIntyre Wright, entered into eternal rest Saturday, August 8, 2020. A memorial service will be held on Friday, August 14, 2020 in The Church at LifePark, 1151 George Browder Boulevard, Mt. Pleasant at 11:00am. Due to current guidelines, social distancing will be practiced and masks will be kindly worn. Bill was born July 2, 1948 in Grandfield, OK, the son of the late John Louie Wright and Opal Maude Brown Wright. When he was 12, his family moved to Isle of Palms where his spent his teenage years surfing and fishing and graduated from Moultrie High School in 1966. A Clemson University graduate, he earned his Bachelor of Science in Civil Engineering in 1972 and his Master of Science in Civil Engineering in 1974. He co-founded Wright, Padgett, and Christopher, Inc. in 1993 and Bill was highly regarded in the engineering community with extensive experiences in various aspects of geotechnical and materials engineering and worked on many projects throughout the Lowcountry area including Morris Island Lighthouse Foundation Stabilization, the Cooper River Bridges, and the SC State Ports Authority terminals. He also authored and co-authored many geotechnical publications over the course of his more than 40 years of engineering. Among his most noteworthy accomplishments are The Charleston Contractor’s Association named him “Engineer of the Year” in 2000, and the South Carolina Section of ASCE awarded him the “Lifetime Service Achievement Award” in 2008. He retired in 2017 highly regarded as one of the top geotechnical engineers in the Southeast. Bill was very active and gave back to the community he and Linda raised their family in. He volunteered for many years with the East Cooper Kiwanis Club, his neighborhood HOA, and the Wando High School All Sports Booster Club among many other clubs and organizations. He even continued to make his famous chili and fish stew for the Booster Club oyster roasts for many years even after his children had graduated from Wando High School. He was the definition of a go-getter, but perhaps Bill's greatest achievement was being a devoted husband, father, and Papa.There was nothing he would not do for anyone who asked, he would do his best to help. Every Saturday in the fall, Bill would be found either at Death Valley or on TV watching his beloved Clemson Tigers. Bill also loved to fish the Lowcountry waters and hunt. For over 25 years, Bill traveled to South Dakota on opening weekend in October for pheasant huntingwith his nieces and their families who lived there plus close friends from Charleston. Bill is survived by his doting wife of 47 years, Linda McIntyre Wright of Mount Pleasant; his adoring daughter, Jennifer Crady (Jeremy) of Mount Pleasant; and four grandchildren, the loves of his life: Ellis, Elena, JB and Luke. He was preceded in death by his son, Bill, Jr. Memorials may be made to The Church at LifePark Middle and High School Ministry, 1151 George Browder Boulevard, Mt. Pleasant, SC 29466. Bill was a member at LifePark and he loved seeing his grandchildren attend their various events and learn about Jesus. A memorial service will be held on Friday, August 14, 2020 in The Church at Lifepark, 1151 George Browder Boulevard, Mt. Pleasant at 11:00am. **Masks are required** Arrangements in care of Charleston Cremation Center and Funeral Home.

The family of William Brown Wright created this Life Tributes page to make it easy to share your memories.

Send flowers to the Wright family.