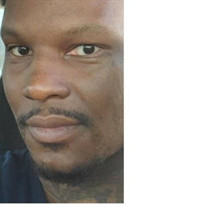 Theodore Maurice “Flatline” Vann entered eternal rest on September 11, 2021. Born on August 27, 1982, and raised in Portsmouth, VA, Flatline was educated in the Portsmouth School System but later received his academic accomplishments through Nottoway County. Professionally and academically, he excelled and displayed a high caliber of entrepreneurship, creativity, mentorship, and leadership. Subsequently, Flat recently received innumerable accolades and was afforded the opportunity to mentor his peers via motivational speaking platforms. However, his most valued accomplishments involved parenting his children, being a husband to his wife Mecha, and making his uncles proud. Notably, he was a present father who prided himself in instilling the value of education and exposing his children to multiple cultures and belief systems. Flat was intellectual and enjoyed deciphering literature. He was comical and exemplified resilience, strength, and courage. His personality and smile were reassuring and brought joy to everyone he encountered. He loved life, family, friendship, and a homecooked meal. However, he could not cook. His attempt to cook was often a source of entertainment for his family and friends. Often, he would video chat his little sister while she cooked to attempt to steal her secret recipes. Yet, he still managed to create dishes that were hilariously inedible. Nevertheless, he mastered the art of cooking the best cup of noodles with vinegar and hot sauce. He was proud of that! We were proud of that! He displayed unconditional love to strangers. Flat was a consistent friend and by all accounts demonstrated the heart of a soldier. He was the ultimate comedian, gifted artist, and created lasting memories. His son Jahki often referred to him as “Big Strong” and as the name suggest that is the legacy that he leaves behind. His legacy is celebrated by his wife Mecha, children Hadji, Hakeim, Haria, Adriona, Iyanna, Zyshawn, The’Asia, Theory, Jahki and Royal, mother LeVern, little sister Cherie "Ree Ree" (James), bonus sister Kisha, uncles Tony and Emanuel, Aunt Loretta, mother of his children Felicia, close family friend and mother figure Ms. Crump, and a host of other relatives and friends.

The family of Theodore Maurice "Flatline" Vann created this Life Tributes page to make it easy to share your memories.

Send flowers to the Vann family.