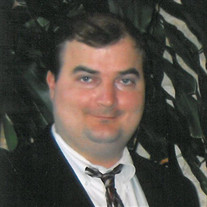 Noble Wesley Belton, 52, beloved son of Lieutenant Commander David Calvin and Marcella McCutchen Belton slipped away quietly in his home on Saturday, October, 19, 2019. Relatives and friends are invited to attend his memorial service Friday, October 25, 2019, at Rockville Presbyterian Church, 2479 Sea Island Yacht Club Road, Wadmalaw Island. The family will receive friends and loved ones during the reception at the Fellowship Hall immediately following the service. Noble was born on July 6, 1967, at the Naval Air Station in Millington, Tennessee. His parents moved to Charleston in 1975, when his father, Lieutenant Commander Belton’s orders brought him to his post at the Mine Warfare Command Center at the Charleston Naval Base. Noble received his secondary education here and after graduating from Middleton High School, obtained his Bachelors Degree at the University of South Carolina. Later, he completed his masters degree in International Studies at the University of Texas in Austin. He went on to serve the US Army in Intelligence at the NSA. Following his military service, Noble returned to the area and made his home on Wadmalaw Island. He worked for the Charleston County Sheriff’s Department for 16 years. He had a passion for photography and videography and built a business around that passion. Eventually his business turned into an opportunity to voluntarily share his gifts and talents in service to others. Most came to know him as the man behind the camera and not so much for his professional accolades. Inside the community and within his circle of friends and family Noble was recognized as an archivest — the guardian of collections of memories and milestones. He spent countless hours chronicling lives, editing, perfecting and preserving our most treasured occasions. Noble poured his heart and soul into making the best use of his incredible skillset in what became his ministry in service to others. He crossed cultures, colors and creed never seeing barriers, only the heart and need of mankind. His greatest acts of love were most often quietly communicated not through what he said, but what he so freely and extensively did. The last job he held in life was in providing the care of his father and mother, his most cherished and beloved people on this side of heaven. Noble is survived by his father and mother, his brother’s David C. and James (Jim) E. Belton and sister’s-in-law, Mary Theresa Belton, Margaret Tan Belton, and Lisa Van Bergen; the cousin who became his sister, Susan Horton Akin and her husband, John; his nieces Daniela Carolina Perry and her husband Cole Perry, Caitlin Lee Belton, Constance Blythe Belton, Chloe Brooke Belton; a nephew, David Richards Belton; his Uncle Joe Peyton Belton; aunts, the late Alice Belton, Shirley Wallace, Delle Horton; cousins Alison and Charles Billodeau, the late Joseph Peyton Belton, Jr. and his brother in Christ, the Revered Robert L. Capers. Rememberances may be to Wadmalaw Island Community Center or Water Missions, Noble recognized the important work of both organizations.

The family of Noble Wesley Belton created this Life Tributes page to make it easy to share your memories.

Send flowers to the Belton family.