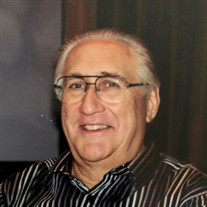 In Charleston, SC, at age 82. Born in Worcester, MA June 14, 1938 and adopted by George H. and Mildred F. Todd of 34 View Street, Leominster, MA. Later in life, he lived in Cape Cod and Connecticut. Survived by his loving wife of 50 years Marianne Rose DelMonte Todd, three sons and their spouses, Brent (& Althea), Randy (& Blair) and Erik (& Zoe), an adopted daughter, Danielle, seven grandsons, Jacob, Matthew, Clark, Glen, Dylan, Oliver, and Bodhi, by his sister Janet and family and by his adopted grandchildren Luke, Chelsea and Nathan, Jr. Neal spent many years enjoying annual vacations in St. Maartin with best friends Shirley and Dick Gomes and summers at Brandy Pond in Naples, Maine with Marianne and family. Neal and Marianne loved Brandy Pond and traveled yearly to a small cottage under the pine trees. At dusk, you could spot Neal on the pond using his favorite Rapala lure to bring back for viewing and release any sizable bass. He greatly enjoyed the loons calling in the distance as they sounded their support. Neal graduated from Leominster High, then Fitchburg State College. He received his Masters in Education at Boston University and was awarded his Doctor of Education degree in 1988 from UMASS Amherst. In addition to his business experience at Ameriprise Financial Security First Group and as the youngest-ever school superintendent in Massachusetts, he completed thirty-two years of service in the Massachusetts Army National Guard, including his service as NEO in charge of Recruiting and Retention. Neal lived the life he loved and loved the life he lived. Despite numerous medical issues affecting his late life, he maintained a positive mental attitude which enhanced his existence until the very end. Whenever I walk in a forest park, I will hear a familiar voice saying “Hi remember me?” Oh yes, I remember you, lover of woodlands, flowers, forests, and trees. You are in me and all that is disappearing from my world. My love to all of you for loving me. Note: the above was written by Neal himself "I've lived a life that's full, I've traveled each and every highway, but more, much more than this, I did it my way." - Frank Sinatra "There will be a memorial service on the Cape in mid-July, please reach out to the family for details."

In Charleston, SC, at age 82. Born in Worcester, MA June 14, 1938 and adopted by George H. and Mildred F. Todd of 34 View Street, Leominster, MA. Later in life, he lived in Cape Cod and Connecticut. Survived by his loving wife of 50 years Marianne... View Obituary & Service Information

The family of Neal Fraser Todd created this Life Tributes page to make it easy to share your memories.

Send flowers to the Todd family.