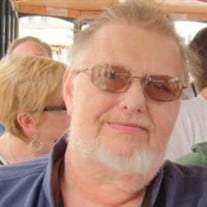 Michael Edward Fleck, 76, of Johns Island, SC, died January 9, 2020. As I sit here in one of my favorite spots in the world, the Folly Beach Pier, I hope that you had moments throughout your life where you saw the beauty in the world that... View Obituary & Service Information

The family of Michael Edward Fleck created this Life Tributes page to make it easy to share your memories.

Send flowers to the Fleck family.