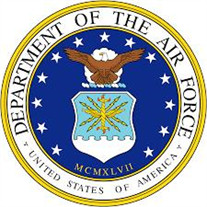 ﻿James Carson Sahlmann (Jim) of Ladson, SC entered into eternal rest on February 12, 2020 at the age of 70. Born August 6th 1949 to John Carson Sahlmann and Jimmie Utsey. Little Jimmy as he was affectionately known by family, grew up on the Isle of palms. He attended Moultrie high school and in 1967 became a Citadel cadet. After college he served in the United States Air Force full time as a Sergeant until 1974 and the Air Force reserves until 1984. Upon his return From service, he worked as a retail manager for Eckert's drugstore and Sam Solomon's. It was at this retail position that he met Brenda Marek. In 1978 they married and raised 3 children together, Melissa, Kevin and Amanda. After leaving retail, Jim worked as a pipe fitter in Shop 56 at the North Charleston shipyard. He would work there until its closure in April 1996. With his love of computers, he went back to school and took a position in computer repair. As the computer industry changed, Jim moved on to the hotel industry. Being a night owl, Jim started as a front desk clerk On the graveyard shift. Later he moved into managing the housekeeping staff, and was beloved by those who worked for him. Jim was a quiet man, preferring to spin the majority of the time with his family. He would take regular trips with his children to visit his mother and sisters in Greer South Carolina. He coached and traveled with his son's baseball team, bonding and building memories. Family history was his favorite hobby. At first it was a passing interest but Over the years, he became the family genealogist. He often spent many hours compiling research in comparing it with other family member's research. He kept up to date with extended family, posting the latest pictures he gathered through social media to his family site, always acknowledging important events, birthdays, anniversaries and graduations. He was an avid reader Louise Lemour Westerns, Tom Clancy, JRR Toker and recently George RR Martin some of his favorite authors. Movies and music were also part of his interests. He had often seen the latest movies before anyone else. He loved The Beetles and classical music. He also enjoyed talking politics. A conservative Republican, at times butting heads with his liberal family members. He loved a spirited debate, but never let this stop him from loving them. Jim will be fondly remembered by his 8 grandchildren, Kaytlyn, Gillian, Taylor, Hayden, Hailey, Eternity, Vance and Isaiah. Known as granddad to the older ones and dad to the younger, he loves spending time with them and relishing in their accomplishments. Surviving Jim are his daughter Melissa Joanne Sahlmann, son Kevin Scott Sahlmann and his wife Stephanie, daughter Amanda Di Anne Sahlmann, grandchildren Kaytlyn Gajeton, Gillian Gajeton, Taylor Sahlmann, Hayden Sahlmann, Hailey Sahlmann, Eternity Harvey, Vance Doan and Isaiah Harvey, Sisters Mary Alice Moody, Barbara (Bobbie) Laserna, brother Leonard Sahlmann and countless other loving relatives. Preceding him in death are his father John Carson Sahlmann, mother Jimmy Utsey Sahlmann, brother-in-law Alton Moody, brother John Edward Sahlmann, and Brother-in-law Armondo Laserna. The family request any stories are loving memories you have to share.

&#65279;James Carson Sahlmann (Jim) of Ladson, SC entered into eternal rest on February 12, 2020 at the age of 70. Born August 6th 1949 to John Carson Sahlmann and Jimmie Utsey. Little Jimmy as he was affectionately known by family, grew up... View Obituary & Service Information

The family of James Carson Sahlmann created this Life Tributes page to make it easy to share your memories.

Send flowers to the Sahlmann family.