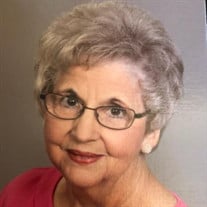 Barbara Colvard Irons, 85, departed this world and entered the presence of God on October 8, 2020. She was born January 14, 1935 in Hudson, NC. She was the daughter of Irene and Russell Colvard. In addition to her parents, she was preceded in death by her brother, Lester J. Colvard, half brothers, Marvin E. (Bob) Colvard and Eugene (Scooter) Clark and her half sisters, Thelma Abel and Grace Propst. Her son-in-law, W. Mack Byrd of Wilmington, NC and step daughter, Amy Irons Meyer of Dearborn County, IN also preceded her in death. She is survived by her loving husband, James (Jim) E. Irons of Mt. Pleasant, SC, her son, Michael F. Holman (Lee) of Isle of Palms, SC and her daughter, Kim H. Byrd of Wilmington, NC. She is also survived by stepsons, James Scott Irons and David B. Irons, as well as her step son-in-law, Patrick Meyer, all of Dearborn County, Indiana. Also surviving are the lights of Barbara’s life, her grandchildren and great grandchildren, to whom she was known as “Baboo.” Her granddaughters, Gene Holman Blake (Rusty) of Mt. Pleasant, SC, Mackenzie Byrd Foust (Sean) of Wilmington, NC, McCall Holman Rupp (Ben) of Isle of Palms, SC, and Lew Holman Dulle (Sean) of Charleston, SC. Surviving grandsons are Holman M. Byrd (Bethany) and Michael F. Byrd (Aimee), of Wilmington, NC. Her great grandchildren are Adah, Ezra, Korah and Uriah Foust, Hadley Byrd, Holman, Geni and Nora Blake, Ayden, Bobbi and Eloise Rupp, and Oscar Dulle. Surviving also are her brothers, Russell E. Colvard, Jr. (Doris) of Hudson, NC, Mack D. Colvard (Pat) of Taylors, SC and Tony D. Colvard (Sandra) of Newland, NC, also her sister, Rachel C. Duncan of Charlotte, NC and numerous nieces and nephews. Barbara lived in Hudson, NC until 1957 when she moved to Shelby, NC where she raised her family. She served as Human Relations Manager at Smurfit-Stone Container Corporation in Shelby for many years and retired from that company in 1995. She was president and very active in the Lutheran Women of Ascension Lutheran Church in Shelby and also served as district president for several years. In 2019, she and Jim moved to Mt. Pleasant, SC to be close to family. Her long and well lived life will be celebrated with a family service at All Saints Lutheran Church in Mt. Pleasant, SC on Monday, October 12 at 11 am. There will also be an inurnment service at Ascension Lutheran Church in Shelby, NC at a later date. Memorials may be made to Hospice Cleveland County, 951 Wendover Heights Dr., Shelby, NC 28150 or Roper Hospice Cottage, 676 Wando Park Blvd, Mt. Pleasant, SC 29464

Barbara Colvard Irons, 85, departed this world and entered the presence of God on October 8, 2020. She was born January 14, 1935 in Hudson, NC. She was the daughter of Irene and Russell Colvard. In addition to her parents, she was preceded... View Obituary & Service Information

The family of Barbara Colvard Irons created this Life Tributes page to make it easy to share your memories.

Barbara Colvard Irons, 85, departed this world and entered the...

Send flowers to the Irons family.